and how Newman Foundation carries on their legacy

John Henry Cardinal Newman’s legacy continues as we build a faithful community for the future of the Church by investing time, talent and treasure in a new generation.

His commitment to an active engagement with the whole world allowed the Church to gently move toward wholeness for humanity in the Communion of Saints and the fellowship of the Holy Spirit, even in an age of scientific wonders.  Inspired by the many innovations occurring in his surroundings he inspired a future of reconciliation for the whole Body of Christ with the larger world through, rather than in spite of, education and intellectual pursuits.  He also prioritized unity within the Church and actively sought to reunite with the Holy Roman Catholic Church by leaving a chair as professor at Oxford and the office of priest of the Anglican Communion.

Newman has been called the “invisible father of Vatican II”.  He opened minds and hearts to ecunism and to a vision that included the rapid growth of science and intellect in the light of faith. His steadfast belief in an educated laity carrying the Incarnate Word of God to a people hungry for the truth provided the foundation for an Oxford Movement which continues to this day.

The Newman Foundation, Inc. is one of many organizations that stem from the Newman movement.  These various entities are concerned primarily with the work of the Church at secular universities through religious education, pastoral care, and apostolic formation of Catholic students.  However the Newman spirit moves beyond narrow concern only for fellow Catholics and is more broadly concerned with the presentation of Catholic culture and thought throughout the entirety of the university community.

The patron of all Newman organizations, John Henry Cardinal Newman, provides a source of unity for works occurring in various stages and in diverse contexts.  He was an English scholar and a churchman, an appropriate patron for the threefold mission of Newmanites; the mission is not only religious but intellectual and social as well.

Newman Clubs sprang up at universities. In 1914, one such club was established at the University of Kentucky headed by Miss Margie McLaughlin, female head of the UK Department of Journalism. The club numbers 26 members, the sum total of Catholic students on the UK campus. The group assembled at St. Peter’s Church and Sunday after vespers began a small group of book reviewers. The first Newman Club formed in Pennsylvania that same year.

By the 1930’s the UK club began welcoming special speakers for gathering at the Phoenix Hotel of the Lafayette Hotel in Lexington, the beginnings of the Distinguished Speakers Series that continues today.

1960 saw the building of the Newman Center at 320 Rose Lane, a university parish for Catholic students. It was the first parish in the U.S. established specifically for the needs of Catholic students at a secular university. Father Elmer Moore was appointed chaplain and he set out to determine the size and shape of his university flock. From 26 members in 1914 the Catholic populations at the University now numbered 635, a 2500% increase in a single generation.

Since the Diocese of Covington couldn’t afford funding for the building of a Newman Center facility in Lexington, a committee of four dedicated people (John Gaines, Ward Griffen, RObert HIllenmeyer, and Paul Oberst) formed Newman Center Inc. to oversee the task of designing, erecting and retiring the construction debt for the Newman Center on Rose Lane.

Convened in 1962, the Second Vatican Council convened to update the church and restore the unity of all Christians. For three years the council grappled with reconciliation with other Christian traditions and opened up the possibility of dialogue between Christian traditions and world religions. Vatican II reframed the conversation to a focus on Christ within the context of the Trinity and discovered a new sense of the boundless presence of the Holy Spirit.

Additionally the council created a positive relationship towards other religions. The Catholic Church rejects nothing of what is good and true and holy in other religions.

Finally the council affirmed that the People of God have an inclusive character. Based on baptism, we are all, clergy and laity alike, imbued with the sense of all the faithful, “sensus fidelium”. An educated community of faithful members of the Body of Christ in the church can continue to build and contribute to the life and well-being of the church.

The Council affirmed Newman’s assertion that in matters of faith, the faithful can and will discern to truth in any age, including the present age and carry the gospel forward.

John Henry Newman was appointed Cardinal in the Catholic Communion in 1879. In 2010 he was beatified by Pope Benedict in an open-air Mass at Birmingham, England. Pope Francis canonized Cardinal Newman in October 2019; his feast day is celebrated on October 9. We celebrate his legacy which continues as we build a faithful community for the future of the Church by investing time, talent and treasure in a new generation.

Today thousands of Catholic students attend colleges and universities throughout Kentucky. We continue quietly working to provide the means of supporting Catholic students as they instruct their minds and hearts on the way to choosing their particular vocations. We are honored to carry on the mission established by Saint John Henry Newman. 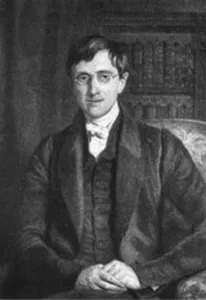 “A man would do nothing if he waited until he could do it so well that no one would find fault with what he has done.”

Where do we come from?

Why are we here?

Where are we going?